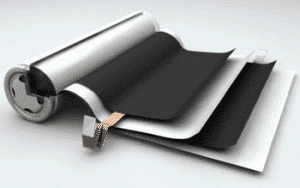 Lithium Ferro Phosphate technology (also known as LFP or LiFePO4), which appeared in 1996, is replacing other battery technologies because of its technical advantages and very high level of safety.

The long service life of the LFP and the possibility of deep cycling make it possible to use LiFePO4 in energy storage applications (stand-alone applications, Off-Grid systems, self-consumption with battery) or stationary storage in general.

Lithium Iron Phosphate technology is that which allows the greatest number of charge / discharge cycles. That is why this technology is mainly adopted in stationary energy storage systems (self-consumption, Off-Grid, UPS, etc.) for applications requiring long life.

The actual number of cycles that can be performed depends on several factors:

Below chart shows the estimated number of cycles for our Lithium Iron Phosphate battery cells (LFP, LiFePO4) according to the discharge power and DOD figures. The test conditions are those of a laboratory (constant temperature of 25 ° C, constant charge and discharge power ).

In standard environment, and for 1C cycles, we can get from the chart the below life cycle estimation for LFP :

It should be noted that following the number of completed cycle, the batteries still have a nominal capacity > 80% of the original capacity.

This article is the exclusive property of PowerTech Systems.
Reproduction prohibited without permission.