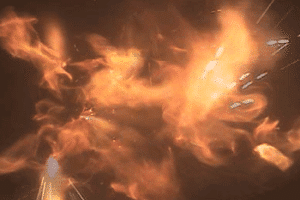 Lithium-Ion refers to a family of Lithium-based battery technology. This family includes several sub-families or technologies, such as:

Often, we can hear that a product is equipped with “Lithium-Ion” batteries, this does not really have any meaning on the technology used. However, out of habit, the technology referred to as Lithium_Ion is usually LCO, NCA or NMC

Each of these technologies has very different characteristics, particularly in terms of safety, which can be found in the table below.

One of the main causes of danger for lithium-ion cells is related to the phenomenon of thermal runaway. This is a heating reaction of the battery in use, caused by the nature of the materials used in the chemistry of the battery.

Thermal runaway is mainly caused by the solicitation of batteries under specific conditions, such as overload under adverse climatic conditions. The result of a thermal runaway of a cell depends on its level of charge and can lead in the worst case to an inflammation or even an explosion of the Lithium-Ion cell.

However, not all types of Lithium-Ion technology, due to their chemical composition, have the same sensitivity to this phenomenon.

It can be seen that among the Lithium Ion technologies mentioned above, LCO and NCA are the most dangerous chemicals from a thermal runaway point of view with a temperature rise of about 470°C per minute.
The NMC chemistry emits about half the energy, with an increase of 200°C per minute, but this level of energy causes in all cases the internal combustion of materials and the ignition of the cell.

In addition, it can be seen that LiFePO4 – LFP technology is is slightly subject to thermal runaway phenomena, with a temperature rise of barely 1.5°C per minute.

With this very low level of energy released, the thermal runaway of the Lithium Iron Phosphate technology is intrinsically impossible in normal operation, and even almost impossible to artificially trigger.

Combined with a BMS, Lithium Iron Phosphate (LifePO4 – LFP) is currently the most secure Lithium-Ion technology on the market.

Like thermal runaway, Lithium-ion cells have a different level of safety depending on the shocks or mechanical treatments they may undergo during their lifetime.

The nail penetration test is the most revealing way to qualify the safety of a cell technology.

For information, the LCO, NCA, or Lithium Polymer cells have a similar behavior to the NMC in a perforation test (immediate inflammation)

This article is the exclusive property of PowerTech Systems.
Reproduction prohibited without permission.